The Basler Läckerli originated in the 17th century. At first the Läckerli were produced by private households. The Basel familes earned a small additonal salary by selling their fine Läckerli to other inhabitants, commercial travelers and the rare tourists, much to the displeasure of the bakery guild. The bakery guild wanted to regulate the trade and tried unsuccessfully to transfer the responsibility of Läckerli production to the bakers in town. In 1716, the City Council declared Leckerly production to be a free profession and, from 1720, allowed anyone to manufactur Leckerli.

As a result, the first Läckerli manufactories emerged in Basel.

The first documentary evidence of the company dates back to the 17th century, when a coffee house with a Leckerly production was operated by Daniel Mitz (1648 - 1705) and his heirs at Schneidergasse 20.

In its present form, the company was founded in 1753 and operated under the name "Steiger'sches Kaffeehaus" as from 1783. 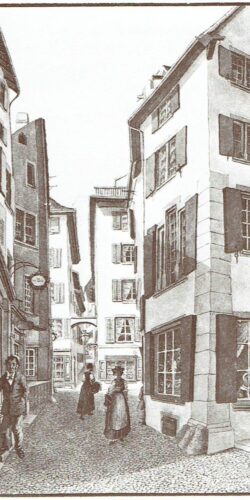 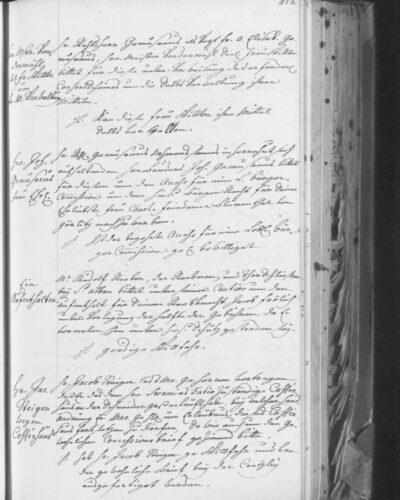 The mayor and council of Basel confirm the permission of the loyal citizen JJ Steiger-Bruckner (1736 - 1813) to run a coffee house at Schneidergasse 20. After that our company develops into a chocolatier and Leckerli manufacturer.

More than 200 years ago, our company was already advertising Basler Leckerli, which were still called Lebküchlein back then. The oldest advertisement known today dates back to 1799. The advertisement on this pictures was published in 1803. As a result, the first Leckerli manufactories emerged in Basel. 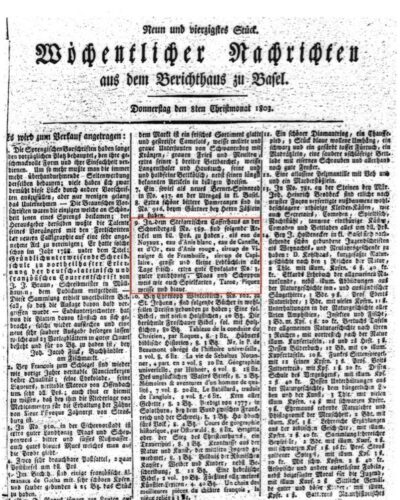 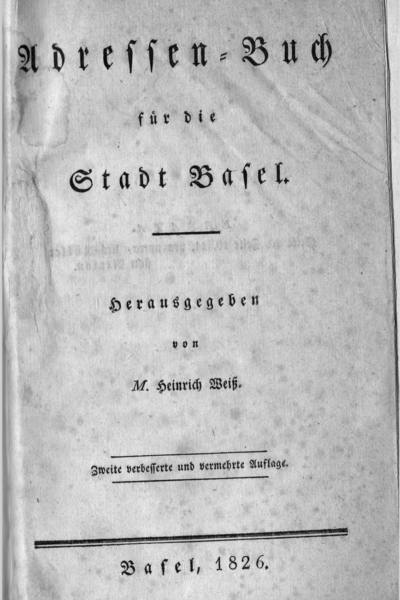 Middle of the 19th century the wanderlust makes a splash. The Basler Leckerly were shipped worldwide and were a real export hit. At that time, Jakob's Basler Leckerly was the most important Leckerly manufacturer in Basel. Already in the first edition of 1844, the Swiss travel guide Baedecker higly recommended Steiger's Basler Leckerly (as our company was then called) as a souvenir from Basel. 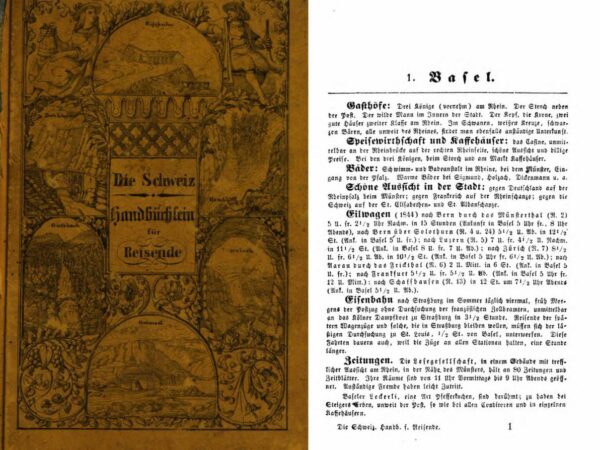 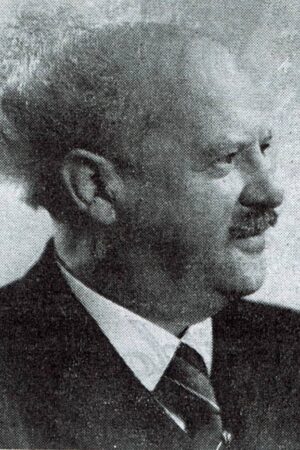 After the early death of Wilhelm Jakob, Karl Jakob (1877-1941) takes over the company. He grew up in St. Johanns-Vorstadt, completed an apprenticeship as a baker in his father's store and took it over after his father's death. Through diligence and business acumen, Karl Jakob brought the business to its best. Karl Jakob was the president of the E. Zunft zu Brotbecken from 1937 until his death and was a well-known and popular personality, especially in Basel and Swiss singing circles. The new name is now Karl Jakob Nachf. by JJ Steiger sel. Heirs. 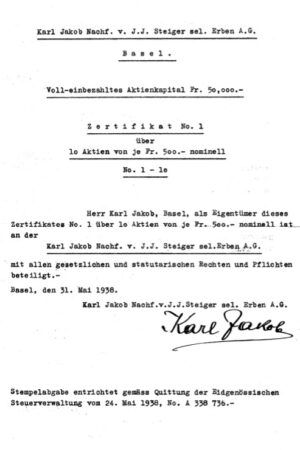 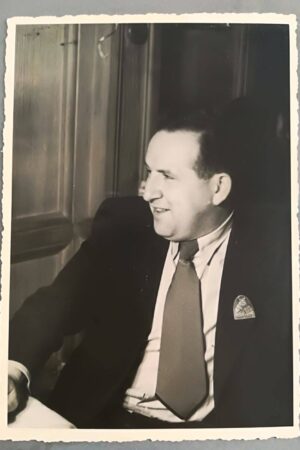 Spillmann is succeeded by longtime baker Hans Strobel (1932-2005) and his partner Inge Kiefer. 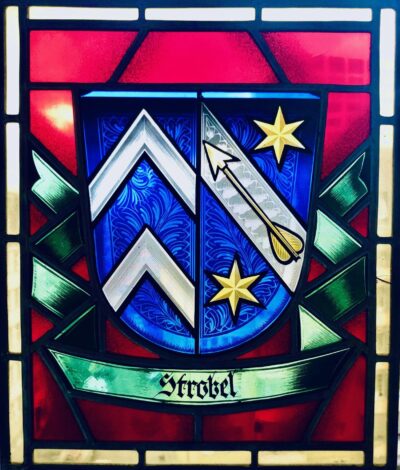 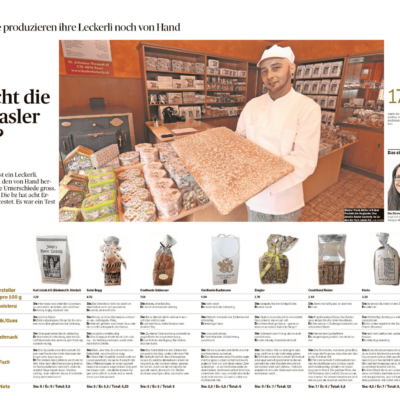 In a blind study by the Basellandschaftliche Zeitung voted Jakob's Basler Leckerly as the best Leckerli in town.

The Basel family Andreas & Charlotte Kuster takes over the company and continues it as a traditional family business.

The motto is to rely on the tried and tested and give the company a breath of fresh air. The goal is to regain the company's original level of recognition. 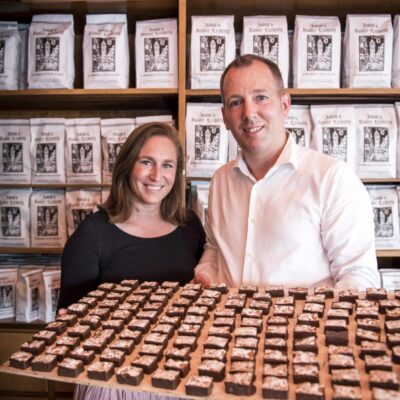 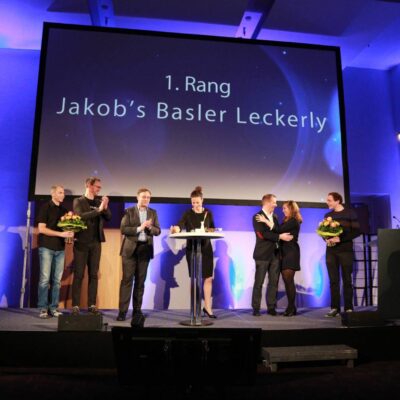 Jakob's Basler Leckerly wins the CHF 10,000 Young Entrepreneur Award of Northwestern Switzerland. An award to the Andreas & Charlotte Kuster, who have successfully continued the traditional family business dating back to the 18th century since 2017 and have made it flourish again.

The company prevailed against around 30 competitors.

The Lällekönig tin box won the 2020 Audience Award by the Swiss Packaging Institute SVI. The can was also a finalist for the best packages in the Marketing and Design category. Jakob's Basler Leckerly developed this tin box together with the tin box manufacturer Andreas Kopp AG.

In addition, a new city store will open at Spalenberg 26 in Basel. 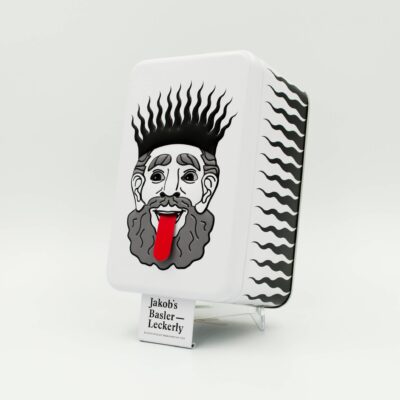 Expansion and enlargement of the manufactory with new shipping and packing department.